Assume the Risk or Push it Down

The environmental insurance landscape for restoration contractors is constantly evolving. Whether carriers are updating policy forms, increasing rates, becoming more restrictive, or in­creasing underwriting standards, the one thing that is always constant is change.

Over the past two years, I have seen more carriers underwrite a restoration contractor’s risk transfer more than they had in the past. We all know that TPA’s, franchisors, and property managers all push risk down to you. That is why they all have stringent insurance requirements and expect you to name them as an Additional Insured, and sign indemnity agreements, among other things. The restoration industry can do a better job of pushing risk down to your subcontractors, just like how risk is being pushed down to you.

In discussions with some of the top environmental carriers that support the restoration industry, I have found that 25% to 40% of claims caused by subcon­tractors end up impacting the general contractor/ restorer. This is usually because there was not the proper risk transfer in place, or the restorer was not consistent enough to get what was needed from every one of their subcontractors. Know that there is not a lot of data on these estimates, so this percent­age can be higher or lower for other carriers.

​Although I am not an attorney, I have seen count­less subcontractor agreements and understand what makes one strong in the eyes of your insurance carri­er. Too often, I see general contractors/restorers not push enough risk down to their subcontractors.

Think about it this way – those you are contracted to work for are transferring their risk onto you. It is your duty to push that risk down as much as possible. If for some reason you have a claim from either an uncovered subcontractor, or a subcontrac­tor that did not have their risk management in order, you could end up paying the price for the next three to five years if your carrier must payout. You will need to demonstrate thorough risk transfer practices to find a carrier willing to support you if this happens.

I encourage you to get with local counsel to make sure you have at least the following in your subcontractor agreement:

​Some environmental carriers have been seeing increasing property damage and construc­tion defect claims for restoration contractors. A sub-warranty, or subcontractor special conditions, can negatively affect restorers that do not comply with the carrier’s requirements. Every carrier is different, but the most common requirements for your subcon­tractors are:

For general contractors not involved in restoration and writ­ten with construction markets, sub-warranties are commonplace. This helps reduce the carrier’s risk and forces the general con­tractor to hold their subcontrac­tors accountable.

A “hard” sub-warranty would require that you meet every con­dition in my example above. If a subcontractor caused a claim and one of those conditions was not met, the carrier could deny the claim all together. An example of a “soft” sub-warranty would say you still have coverage if you do not meet all the conditions, but they may double your deductible or increase it to a specified amount.

If you have had claims caused by uncovered subcontractors or did not collect Additional In­sureds, you are likely to have a “hard” sub-warranty on future renewals.

Not All Additional Insureds Are Created Equal

I have heard countless restorers tell me that they collect Addi­tional Insured’s (AI’s) from their subcontractors, but then a claim comes, and they realize that they should have been more vigi­lant in checking for the correct AI’s. Just because you received a certificate of insurance from a subcontractor, it does not mean that you have been named as an AI. Too often, restorers think that is all that is needed, but you are putting your business’s future in the hands of your subcontractors if that is all that you do. A cer­tificate is used for informational purposes only and extends zero coverage – it even says this at the top of every certificate issued.

At some point in your career, someone has asked you to name them as an AI, where they re­quest you to have CG 2010 1185, or equivalent. Know that the last four numbers of every policy form is the date it was created. For CG 2010 1185, this is the November 1985 version, which gives “your work” wording. I like to refer to this form as the O.G. (original gangsta) of AI’s because it provides coverage for both Ongoing and Completed Opera­tions. Know that hardly any carri­er provides these anymore, and now carriers separate AI forms into two main categories – Ongo­ing and Completed Operations.

The most common AI’s that I see are the July 2004 versions – CG 2010 0704 (Ongoing) and CG 2037 0704 (Completed Opera­tions). Any time you see “CG” in front of a policy form, know that these are common forms created by International Organization of Standardization, commonly referred to as ISO. Standard/ad­mitted carriers, as well as many surplus lines carriers use ISO forms. Still, if you are with an environmental carrier that writes your GL/Pollution/Professional Liability package, they may use ISO forms and/or their own pro­prietary policy forms.

I am a proponent of the 2004 versions because they are broader than the more recent 2013 and 2019 ISO forms. Also, they do not provide the AI coverage for sole negligence. In older forms, like the 1001 (October 2001) versions, they provide sole negli­gence. This means that even if the entity that you named as an AI was 100% negligent, they could still make a claim on your policy instead of their own.

For each AI, Ongoing and Completed Operations, you will find that there are boxes with fill-in language. If you have blanket AI’s, the boxes will likely say something like, “Any person organization to who the named insured has agreed by a fully ex­ecuted written contract that such person or organization be added as an Additional Insured…”. The key is that there is a contract that requires the AI. If someone says, “Add me as an AI,” but there is no agreement in place, then the AI form will not trigger.

Outside of blanket language, some will take it a step further and ask to be scheduled. Most of the TPAs and franchisors will not accept blanket language, as they want to be named in the policy. Often, the same AI forms are used, but you will find that organization and their address will be listed rather than the blanket wording. If you are heavy in re-construction and have subcontractors who perform a lot of work for you, especially trades like roofing, electrical, plumbing, and waterproofing, it may not be a bad idea to schedule you as an AI for Ongoing and Complet­ed Operations in their policy. If done this way, then you know for a fact that you are an AI and don’t have to rely on the blanket wording. Most carriers charge a nominal fee to process a sched­uled AI – usually $250.

It is critical that you push risk down. Any risk that you do not lay off onto your subcontractors, you will assume yourself. First, go back and review your subcontractor agreement with local counsel. I would encourage you to include at least those five points, where your attorney may add others to the Indemnity section. Be sure that you have a signed copy from every one of your subcontractors.

It would be wise to ensure that your subcontractors have the 0704 (July 2004) AI versions or earlier. You can make this a requirement in your subcontractor agreement. Every time ISO creates new forms, you can bet that they create more mouse traps to get out of claims and are not making their forms broader for the insureds.

Next, be sure that you do not have a “hard” sub-warranty in your current GL and Pollution policies. Be sure that this is a topic of conversation with your agent before your next renewal, as something like this could put a company out of business.

Lastly, make sure that you have excellent documentation. This may be the most challenging part, but you really need someone on the team who keeps good records of your subcontractor agreements and the certificates that list your company as an AI for ongoing and completed operations. ABV – “Always Be Vigilant!” If you are not careful, an inadequate sub­contractor could cost you. 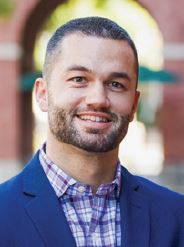 Ross Driscoll Jr., MBA, CIC, is a Partner and the Vice President of National E&S Insurance Brokers and Driscoll & Driscoll Insurance Agency. Prior to joining the family business, he was a Contract Surety Underwriter at Zurich North America.

He specializes in the risk management for contractors, especially those in fire/ water restoration industry. As a Certified Insurance Counselor (CIC), he has expertise in all lines of Property & Casualty Insurance. Ross has been recognized by various insurance carriers as one of the top up and coming producers in the country. He is one of the few producers who truly understands his customer’s risks as well as how to manage them.